William Kruvant- President & Chairman of the Board

Bill Kruvant is currently the President and Chairman of the Board. He served as the President of Creative Learning from 2005 to 2017 and returned in 2020.  After earning a Doctorate in Economics in International Development from American University, Bill worked in both the private and public sectors, collaborating on foundation-funded research projects in the areas of energy and civil rights. 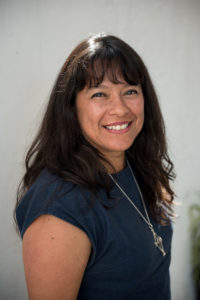 María Eugenia Pineda joined Creative Learning in 2012 as Director of Aid To Artisans Mexico. She founded Mexico’s office and since then she has developed and implemented projects to strengthen the artisan sector, the entrepreneurship of rural women and their financial inclusion in several States of Mexico such as Yucatán, Campeche, Puebla, Tlaxcala and Chiapas. Maria Eugenia also enhances the generation of strategic alliances for territorial development.

Maria Eugenia (Maru) has worked for the National Technical Unit of the Strategic Food Safety Project that belongs to the Food and Agriculture Organization of the United Nations (FAO), as National Coordinator of the Community Promoters for Food Safety Program. Also, she was the State Coordinator in Chiapas and Evaluator Coordinator. She is expert in project direction with gender perspective and has coordinated a School of Leadership and Political Participation of Women.

Pineda has more than 25 years of experience in rural development, and she has directed NGOs related to topics regarding gender, women rights, food safety, among others. Maru was born in Mexico City and currently lives in Chiapas. She has studies in financial administration and certifications in rural development, learning processes facilitation and social leadership. She has a son and loves gardening.

Since joining Creative Learning in 2020 as Program Coordinator, Edgar Mutta has specialized in project coordination and management. As Project Coordinator for Creative Learning’s International Peace and Security Institute (IPSI) division, Edgar specializes in supporting the planning and coordination of IPSI projects and their activities; handling project-related financial administration and building positive relations between the team and external parties.

Since joining Aid to Artisans in 2007, Maud Obe has 14+ years of experience in designing and managing economic empowerment and development projects for the artisan sector in Latin America, Africa, MENA, and Asia. Maud has implemented many programs that have strengthened more than 5000 artisan businesses and linked them to local, regional, and international markets. She has proven success in managing USAID, MCC, The World Bank, Foundations and USG-funded programs. She is an expert in organizing artisan capacity building workshops, one-on-one coaching, tradeshow preparation, export readiness training, and marketing events targeted for expats, tourism, and international markets. She coordinates the representation of artisan entrepreneurs to NY NOW, Las Vegas Market, and market linkages with US buyers.

Born in France, Maud holds a Master’s Degree in International Development and Social Change and a Bachelor in Government and International Relations from Clark University, Worcester, MA. She is fluent in French, English, and Spanish and has travelled extensively in Europe, Africa, South Asia, and Latin America. She lives in Williamsburg VA, with her husband and 2 daughters who are 2 years old and 6 month old.

Rachel is a project management professional with 7 years of non-profit organization and program management experience. Since joining Creative Learning in 2014, Rachel specializes in effective knowledge management, monitoring & evaluation capture, and strategic communication to a wide variety of donors. Serving as Project Manager for all programs, Rachel is passionate about empowering vulnerable individuals in the artisan sector, facilitating access to economic opportunities through market linkages, preserving culture and ensuring sustainable impact.

Rachel graduated from Washington College with a BA in International Studies, a minor in Anthropology and French, and a concentration in African Studies and Peace & Conflict.