William Kruvant - Chairman of the Board 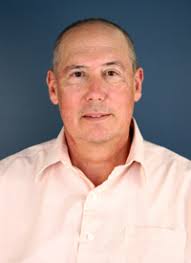 Bill Kruvant served as the President of Creative Learning from 2005 to 2017. After earning a Doctorate in Economics in International Development from American University, Bill worked in both the private and public sectors, collaborating on foundation-funded research projects in the areas of energy and civil rights.

As Creative’s current Director for Knowledge Management, Sylvia Ellison is a senior international development professional with experience in business development and in implementing education, country-wide workforce development, and stabilization programs in crisis and conflict-affected countries. At Creative, she has led collaborative learning and strategy development across the company’s divisions to support improved market positioning, implementation, thought leadership and social networking among staff for Washington, DC region-based volunteerism.  She has directed the design and implementation of numerous programs, including activities focused on education/teacher training, employability, technology, child labor, human trafficking, and youth . Her experience has included a focus on private sector engagement, the evaluation of public education and private sector partnerships, and organizational development. Her most recent technical programming responsibilities include leading education and workforce preparation programs in Morocco, Jordan, Afghanistan, and Yemen. As a Business Development Director for the education sector, Sylvia helped lead the company’s approach to diversification with DFID and EU donors. Her prior work includes online training product development for U.S.-based school district markets and serving as regional sales director at a New York based on-line professional development company. Sylvia has managed various research activities related to technology, US education, health and human services. With her avid interest in leadership development and conflict analysis, Sylvia is a trained consultant in the Tavistock approach to group relations and has consulted to and/or participated in experiential group relations conferences in the U.S. and abroad. Ms. Ellison hold degrees from Harvard and Hollins Universities and has lived and/or worked across various counties in Africa, LAC, Asia, and Europe. She speaks fluent French and has studied German, Arabic and Spanish.

Mr. Marburg-Goodman currently serves as General Counsel at Creative Associates International, a leading private implementer of the U.S. foreign assistance program.  He previously served as Special Counsel to the Administrator of USAID, a senior Obama Administration appointment,  and, at an earlier time, as the long-serving USAID Chief Acquisitions Counsel (Assistant General Counsel for Acquisition &  Assistance), a senior career position.

Most recently, in his role as Special Counsel to the USAID Administrator, Mr. Marburg-Goodman participated in the conception and implementation of the Agency’s USAIDForward reforms, creation of a Global Development Lab, and expansion of human rights in development, among other tasks.  While there, he also served as USAID representative to the White House Policy Council on expanding international human rights, on the Aid Effectiveness and Contracting-Out teams of Secretary Clinton’s Quadrennial Diplomacy and Development Review, and as Coordinator of USAID’s Congressional Oversight Response Team.  He also served as dedicated legal counsel for USAID’s new offices of Policy, Planning and Learning (PPL) and Development Innovation (DIV).

During a previous career appointment as USAID’s Assistant General Counsel for Acquisition & Assistance, Mr. Marburg-Goodman headed a team of attorneys and had overall legal responsibility for most of the U.S. foreign aid program’s instruments and funding, comprising a worldwide portfolio of U.S. Government contracts, grants and cooperative agreements in excess of $30 billion. In recent years, this included the portfolio of contracts and grants supporting Iraq and Afghanistan postwar reconstruction and development, Darfur and Southern Sudan relief and reconstruction, and HIV/AIDS, tuberculosis, and malaria health programs.

While at USAID, Mr. Marburg-Goodman also represented the U.S. at the OECD, WTO and G-7 on a number of aid and trade enhancement initiatives, as well as at the OECD/DAC for the United States peer review process.  He was the U.S. Government’s principal proponent of a commitment to financial/contracting capacity-building and reform in developing countries and led multiple U.S. delegations as part of international efforts advancing procurement strengthening.  In 2004, he was U.S. member of a G-7 experts’ team that successfully negotiated an international agreement to ensure transparency in foreign aid contracting.  In 2001 and 2004 he negotiated landmark international agreements at the OECD to “untie” foreign aid.

Mr. Marburg-Goodman’s other professional activities include his authorship of featured columns on Government Contracting, as well as on civil rights, in the Washington Post, Huffington Post and ABA Journals.  He has served in the leadership of the American Bar Association as a Committee Co-Chair, including publication and speaking engagements in ABA fora; he also participated in ABA and ILI expert delegations to the U.N., including to the United Nations Commission on International Trade Law (UNCITRAL).

During the 2008 Presidential campaign, he served on the Obama Foreign Assistance/ Development Advisory Group and contributed substantively to the Obama Transition on USAID operations and policy.

Mr. Marburg-Goodman earned degrees from Amherst College and Harvard Law School, and is fluent in French.

With more than two decades of experience in the international arena, working on post-conflict transition and democratization issues, Johanna Mendelson Forman holds a wealth of expertise and insights into the role of food in driving conflict and connecting people and communities. An Adjunct Professor at American University’s School of International Service where she teaches Conflict Cuisine®: An Introduction to War and Peace Around the Dinner Table, Mendelson Forman encourages new ways of looking at diplomacy, conflict resolution, and civic engagement.

Recognizing that Washington’s culinary landscape often reflects global conflicts with the opening of new ethnic restaurants, Mendelson Forman was inspired to connect food and war as a tool for teaching how food is a form of Smart Power as well as a driver of conflict. Linking food and conflict has also allowed her to develop a new interdisciplinary platform for examining why food is central to both survival and resilience in zones of conflict. The course has been recognized twice as an example of innovation in college offerings.

An expert on post-conflict transition and democratization issues, Mendelson Forman holds regional expertise in the Americas, with a special focus on the Caribbean, Central America and Brazil.  She also has had extensive field experience for the U.S. government on transition initiatives in Haiti, Iraq, and Sub-Saharan Africa.  Her frontline experience as a policy maker on conflict and stabilization efforts from Haiti to Rwanda drove her interest in connecting the role of food in conflict.  She serves as a Senior Advisor with the Managing Across Boundaries Program at the Stimson Center, where she works on security and development issues with a focus on food, and is also a Senior Associate at the Center for Strategic and International Studies Program on Crisis, Conflict, and Cooperation.

Mendelson Forman has written extensively about food and conflict, and topics related to Latin America. Her work has been published in a wide-range of publications including, the Miami Herald, Washington Post, Americas Quarterly, The Globalist, VOXXI, Estadao, El Universal, and World Politics Review, and has been cited in NPR’s The Salt, LeFigaro, Salon, and Italia Oggi,and This Week. She frequently appears on national media including National Public Radio, Univision, and CNN. Mendelson Forman has lectured on food related topics at the Smithsonian Resident Associates Program, Johns Hopkins University Bologna Campus, New York University’s Washington Program, and at the United States Pavilion at the 2015 World Expo in Milan, Italy.  She also writes a column on conflict cuisines for the DCist, a local Washington blog post.

Previously, Mendelson Forman served as the Director of Peace, Security, and Human Rights at the UN Foundation.  She has held senior positions in the U.S. Agency for International Development helping create the Office of Transition Initiatives, and serving as a Senior Adviser for Humanitarian Response, as well as at the World Bank’s Post Conflict Unit.  She served as a Senior Advisor to the UN Mission in Haiti.

Mendelson Forman is a member of the Council on Foreign Relations. She holds a J.D. from Washington College of Law at American University, a Ph.D. in Latin American history from Washington University, St. Louis, and a Master’s of International Affairs, with a certificate of Latin America studies from Columbia University in New York.  She serves on the board of Creative Learning and Earthspark International.  She is a passionate collector of Latin America folk art, and shares her great love for food of the Americas with friends and family. She is married to David Forman, an attorney, and is the proud mother of the lead guitarist in the punk rock group, Priests. 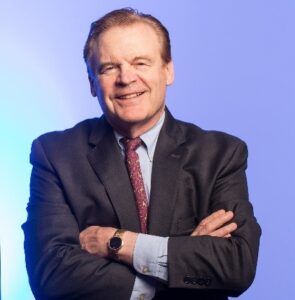 Previously from 2005-09, Mr. Wheelock managed US-funded infrastructure programs in Aceh, Indonesia; Mali; and Liberia. From 2003-04 he was Director of the Iraq Infrastructure Reconstruction Program of the US Agency for International Development  and managed a $2.8 billion portfolio of projects for rebuilding the country’s power, water, sanitation, and transportation systems during Operation Iraqi Freedom. From 1996-2001 he was General Manager of Trakya Elektrik, A.S., an American-British-Turkish joint venture that financed, built and operated a $600 million natural gas power plant near Istanbul.

Mr. Wheelock is a combat veteran of the Vietnam War with the 11th Armored Cavalry Regiment and the 101st Airborne Division. He also served as a United Nations Observer during the 1973 October War between Israel and Egypt. He taught on the faculty at the U.S. Military Academy and later served on the National Security Council staff of President Jimmy Carter. He has a Masters in Public Administration from the Kennedy School of Government at Harvard University and a Bachelor of Science from the U.S. Military Academy in West Point, NY.